Five minutes, about the time it takes to warm the oven.

Having hit a number of small but significant milestones within the business recently - our first bottling run, our first sale, our first listing - today’s is altogether different. This is the first Table Talk sent from abroad, coming at you live and direct from Franschhoek in the heart of the South African winelands.

To ensure that I don’t get too caught up in it all, today’s circular transports us to the Midlands and a restaurant that proves appearances can indeed be deceiving…

🍞 Your Favourite Restaurant You’ve Never Been To… 🍞

Why is it that some places, places we’ve never visited, can have such a hold over us? Sometimes it might be an article we’ve read, an experience recounted to us or the knowledge that certain ingredients can’t fail to produce a winning recipe (namely a rickety beach shack with fresh seafood galore). In the case of what follows next, my love of the place is absolutely down to stories and experiences that have been relayed to me and in that respect, Sat Bains and his eponymous restaurant take some serious beating.

Growing up with a self-professed limited interest in food, Satwant “Sat” Singh Bains’ volte face was inspired by the writing of Marco Pierre White, whose book he claimed to have devoured in one sitting and that set him on a path to culinary glory. Various apprenticeships followed, including time spent in France having won the Roux Scholarship, before returning to the UK to run and rebrand the restaurant that now carries his name in 2002. 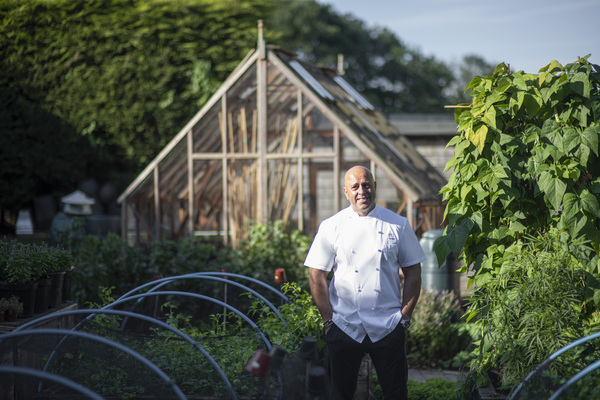 Sat Bains in his kitchen garden

If Michelin stars are your thing, you’re in luck as Sat Bains has two - the first awarded in 2003, with a second following an agonising eight years later in 2011 - however there has rarely been any mention of those in the conversations I’ve had. Recollections tend to start with the food but quickly stray to the otherworldly bread and butter, the attention to detail and the location.

No doubt those little details certainly serve to bolster its reputation - the urban garden and greenhouse from which an ever-growing number of ingredients are sourced; that it’s a family affair with Bains’ wife, Amada, his partner in the restaurant and Front of House; their commitment to sustainable and local ingredients - “If I can’t get it as fresh as Nathan Outlaw can, then why should I include it on the menu?” - but it’s the location that I love.

Often cited in reviews - “near a flyover”, “next to electricity pylons” - it surely only serves to heighten the sense of respite and calm you must experience upon entry into the comfortable confines of the restaurant. Somewhat naively, I even reckon those pylons might make it a little easier to book a table, although something tells me that’s wishful thinking…

Back in the early days of Table Talk - I’m talking pre-emojis, subject lines and the general pomp and ceremony that now accompanies our weekly circular - we spoke about Pinot Noir (#4). We spoke about its thin skin and its preference for cooler climates, something we’re going to turn on its head today as we train our sights onto Tempranillo, a red grape whose skins are that much thicker and that much more amenable to the warmer climates in which it’s often found. In summary, it’s “less fussy” than other red wine grapes. 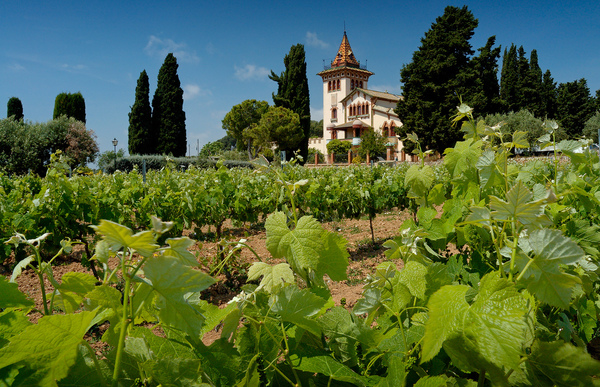 Spain’s second most populous grape, second only to the white variety, Airen, the country grows 87% of the world’s Tempranillo. Known for its red fruit flavours - red and black cherries, raspberry - it is the main contributor to Rioja, sitting alongside six other red and white grapes as those traditionally associated with this particular DOCa, an acronym which denotes Spanish wine-making regions and part of the EC’s wider Protected Designation of Origin scheme.

Marketed at a variety of different ages - “Vin Joven” when young, fresh and fruity, through to “Gran Reserva” when having been aged for at least five years, at least part of which occurred in oak barrels - it’s a wine that pairs well with a variety of different of foods. So, next time you’ve got friends coming over and you’re looking for something to jazz up whatever you’re putting down, look no further than our robust Spanish friend.

If that’s piqued your interest and curiosity in wines, let’s round things off with these wonderful photos from across the world of wine-making.