Five minutes, roughly the time it takes to grill a cheese toastie

Stopping to think about our favourite restaurants, their menus often present a mix of ever-changing seasonal fare interlaced with a few fan favourites. In the short time I’ve been writing Table Talk, some frontrunner features are emerging, although what’s included on a weekly basis is still very much up for debate, so consider the conversation open.

What would you like to see more of or less of? What’s being discussed around your table that deserves its place here?

Today, we take a trip to the South of France’s most storied inn, risk dividing the audience with our store cupboard staple and pay homage to someone who has politely declined their place at the table in favour of a different life all together.

Your Favourite Restaurant You’ve Never Been To...

Perhaps it’s a severe lack of talent, perhaps it’s the disappearance of a now bygone era, but chances are that if I offered to settle a bill with a piece of art, I’d be laughed out of town.

Not so for the likes of Picasso, Matisse and the innumerous era-defining artists that have populated La Colombe d’Or throughout its storied history. Morphing from a welcoming local café in the 1920s into its present incarnation, it became a refuge for creatives during the Second World War, with France having been split in two by the ligne de démarcation and the South declared the zone libre. 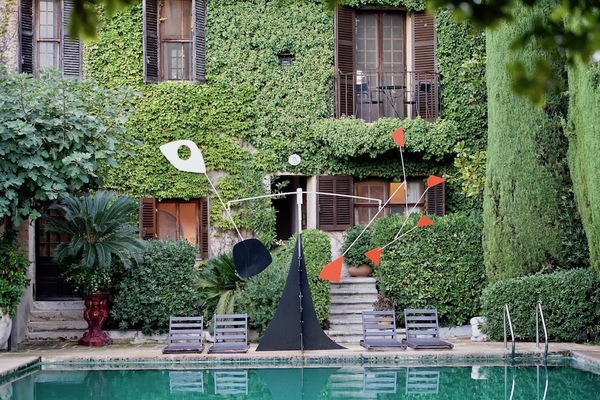 Located in Saint-Paul-de-Vence, a medieval hilltop town not far from Nice, this 25-room, family-run inn and restaurant is a living, breathing embodiment of every single one of your favourite long, languid summer holiday lunches rolled into one. Barring a 1959 robbery that saw all of its artwork stolen, save for a Marc Chagall piece that remained untouched (much to the artist’s chagrin), its almost century-long existence seems to have otherwise been defined by its quiet commitment to the good life.

Naturally, I’ve never been - my summer 2011 attempt to secure a last minute table having been met with, “Pah, maybe next July!” - so I would love to hear from those who have…

Which foreign enclave holds a place in your heart? Where do you dream of whiling away a summer’s afternoon with your nearest and dearest and why?

In populating our collective store cupboards with TABASCO and crispy fried onions to date, we’ve demonstrated a commitment to intense flavours and items that play a supporting role in elevating almost any dish. Our next contender exudes those qualities in spades, albeit I fear they may not be universally recognised. Without further ado, let’s talk about the almighty anchovy.

As I suspect is the case for many readers, my own history with anchovies is not all fun and games. In my unenlightened youth, their presence in the store cupboard unnerved me, their appearance and their aroma too much for my young mind to handle. This excellent summary covers the author’s own torment watching their parents eat them as a child better than I ever could, before going on to cover the serious versatility embodied by the humble anchovy. 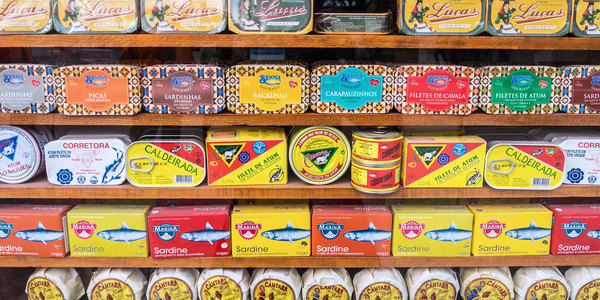 Delicious snacks or beautiful works of art? Arguably both...

When it comes to how to employ them in your own kitchen, the options are endless - on a slice of toast with lunch, as part of a pasta sauce, a key ingredient in a Caesar dressing or as a rub in this Nigel Slater recipe. Their use goes beyond culinary realms and extends into the world of home decor - a long-time staple of Portuguese life, the tins in which they are often found are an artform in themselves. Next time you’re in Lisbon, be sure to stop in at Conserveira de Lisboa to fill your boots with arguably the finest store cupboard staple featured so far.

Anchovies - love them or loathe them? If there was one item you couldn’t live without, what would it be?

What’s On The Agenda?

In celebrating all that is great about meeting, eating and drinking with family and friends, it’s easy to forget the joy that can also be found in solitude and the quiet moments that serve to recharge us.

Getting to know Ken Smith, also known as The Hermit of Treig, in this BBC documentary of the same name underscores what can be achieved with singular focus - namely walking 22,000 miles - and how much of our day to day lives we take for granted (including our health). 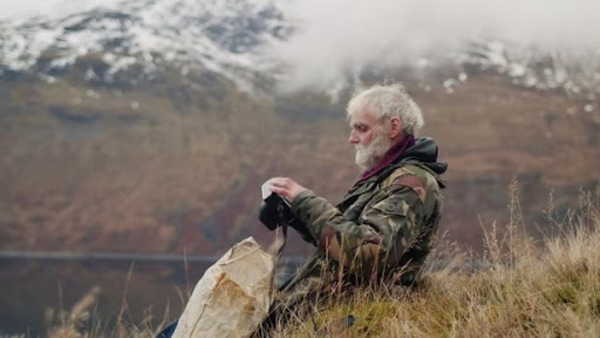 It’s a lifestyle that’s definitely not for everyone, including those scared of the dark like me, but it undoubtedly does provide food for thought. The documentary’s quietly brilliant soundtrack remains a complete mystery to me, but did remind me of some of the hauntingly beautiful tracks featured here.

Thanks again, until next week.

PS. Don’t want to wait a whole week for our next edition? Check us out on Instagram (@wednesdaysdomaine) for your daily tipple.