Five minutes, about the time it takes to hull a punnet of strawberries.

Welcome, welcome! We’re back once again to celebrate the joyous, the wonderful and the meandering conversations that define what it is to sit down with family and friends.

From the very first edition of Table Talk, we’ve spoken about our desire to open up wine, to make it more inclusive and to celebrate the experience of drinking it with friends and family. So today, it doesn’t matter if you do or don’t know your Bordeaux from your Burgundies, we’re focusing on some delightfully debatable wine facts we uncovered recently.

#1 - The Vatican has the highest per capita wine consumption in the world. Averaging 74 litres per person, this tiny city state gets through almost 50% more wine than its nearest competitors in France, Italy and Portugal.


#3 - If California were a country, it would be the fourth largest wine producer in the world. Only France, Spain and Italy produce more, with China intriguingly coming home in fifth place.

Plenty of storage space in there

In recent weeks, we’ve covered everything from ice wine to champagne, so if there’s something that tickles your fancy and you would love to know more about, please do let us know.

A British man has thrown a tortilla 90 feet (!) to bag a new Guinness World Record.

Sussex has been given Protected Designation of Origin (PDO) status in recognition of its growing recognition on the world stage.

📚 Who Knew That Was The Story Behind?! 📚

It’s often around this time of year when it dawns on me that despite the fact it’s been warm for some time now, I’ve yet to have an ice cream. And when I say an ice cream, what I really mean is a 99 Flake. The realisation is often double-edged - first, there’s excitement at my immediate ability to remedy that state of affairs, being a fully-grown adult and all that, but then comes sadness at the fact that I’m clearly getting older if ice cream no longer plays as prominent a role in my life as it once did.

As with so many culinary innovations we’ve covered previously, the exact origins of the 99 Flake differ depending on who you ask. Let’s start with what we know for sure - the flake was created by chocolate behemoth Cadbury circa 1920. After an employee of the company noticed that the chocolate dripping from the moulds used to make other bars collected in folds that had a flaking quality, a new product was born. Looking to commercialise this, Cadbury placed the flake in between two blocks of ice cream, which then sat within two wafers, forming a chocolatey ice cream sandwich that was briefly marketed and sold around this time. It’s what happened next that we’re less sure about… 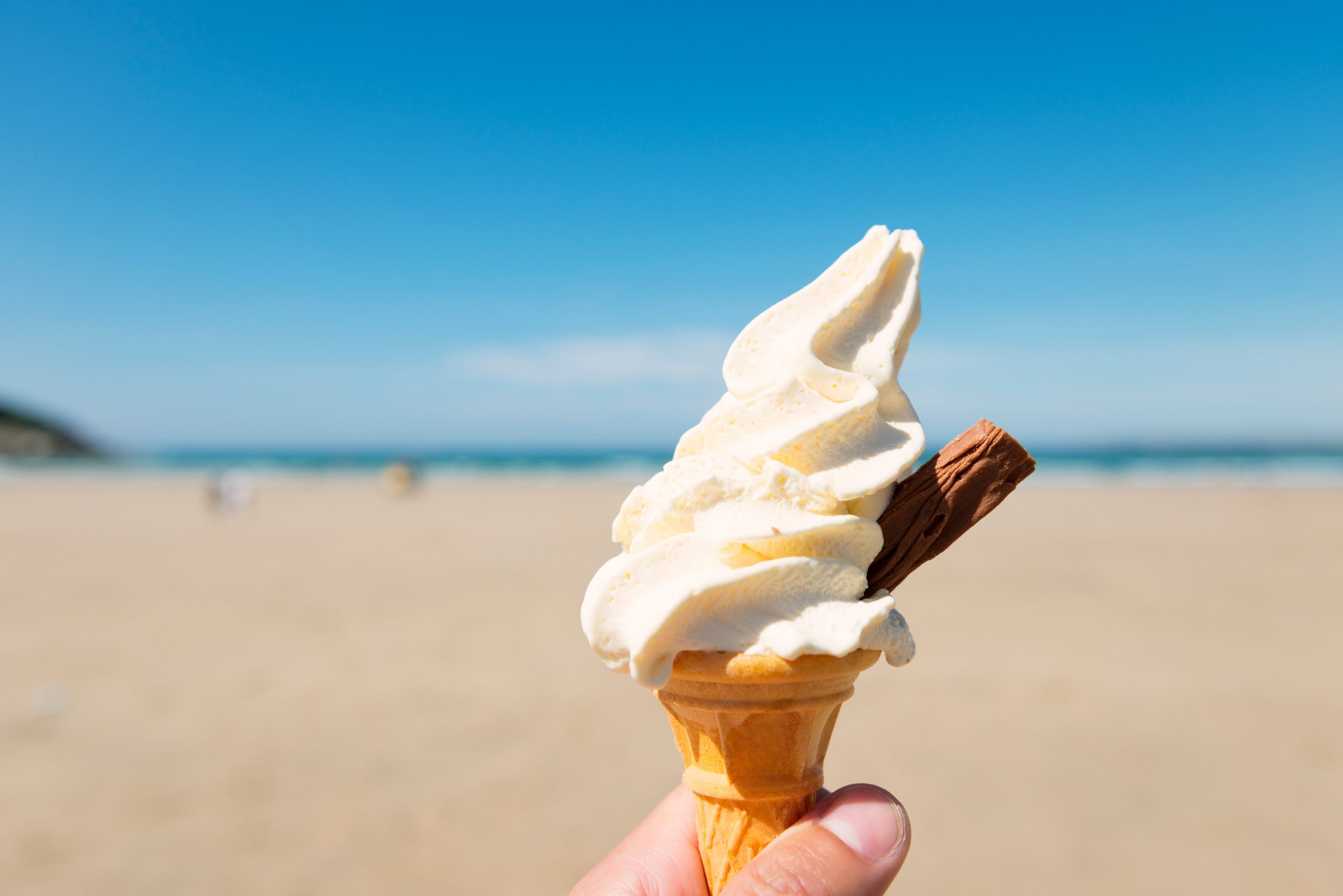 A timeless symbol of summer

Come 1930, smaller, half-size flazkes were being sold loose in boxes (as opposed to their typical, individual packaging). With Italian immigrants dominating the ice cream market at the time, it’s rumoured that the name 99 Flake was a nod to one of two things - either it was a reference to the heroic young conscripts that supported their First World War efforts, the bulk of whom were born in 1899, or it was a nod to the fact that the king of Italy historically had 99 elite bodyguards, with “99” being used to denote anything superior or of higher quality in Italian slang.

Whilst we’ll probably never know the exact reasons behind the name of this wonderful summer staple - and we haven’t even discussed price - we can take comfort in its continued status as the ultimate sign that summer has arrived. So go on, find your nearest ice cream van, grab a spot on a park bench and bask in the glorious memories that this iconic ice cream serves up for millions of us each and every year.

It continues to be all-hands-on-deck behind the scenes here, with last week’s feature in SheerLuxe driving a whole new wave of interest in the business.

We're also setting our brand new, sparkly website live this morning. You can't buy anything yet, but given that you've all been here from the start, we wanted you to be the first to lay eyes on it.


Until next week,
Luke

PS. Don’t want to wait a week for our next edition?
Check us out on Instagram (@wednesdaysdomaine).