Five minutes, about the time it takes to flambée a banana.

Turns out you lot love peanut butter and jam sandwiches. The number of messages that I received a) in furious defence of this unholy combination and b) correcting me on the fact that it should be jam, not jelly, my learned friends, was quite startling.

When I sought to understand the phenomenon further, I was hit with a barrage of single word responses, one after the next. Sweet, salty, sticky, nutty, fruity, the texture, the topping, the tradition. The tradition?! That was when I knew I was barking up the wrong tree and it was time to review the very definition of the word…

When it comes to tradition, winemaking in Bordeaux leads the pack in the food and drink world. With tradition often comes confusion and opacity, so today we’re lifting the lid on wines you’ll often hear referred to as “Bordeaux” and first referred to back in #12.

As you might expect, these wines come from the region in South West France whose name they bear. The second thing that’s useful to understand is that these wines are very often a blend of two different grapes - Merlot and Cabernet Sauvignon. As for why this is, it’s largely down to the varying geography of the region and winemakers’ historic choices not to put all their eggs in one basket. 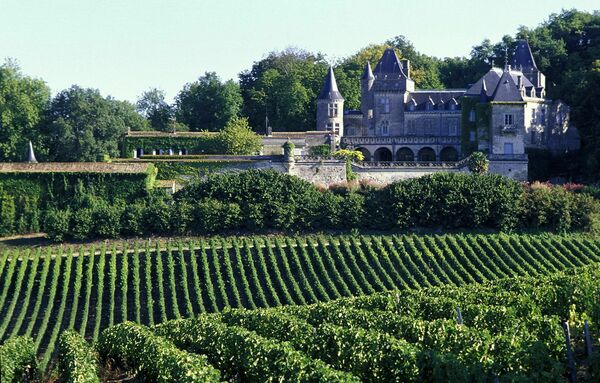 Bordeaux vineyards in your mind's eye

Bordeaux as a region is essentially divided by an estuary (Gironde) and two rivers (Dordogne and Garonne), but for the sake of argument, let’s focus on the estuary as it’s a monster. It runs right through the middle and leaves us with two separate and distinct areas - the Left Bank and the Right Bank. The former is flat and populated by stony soils that both drain water from and warm up the temperamental Cabernet Sauvignon vines, whereas the latter is made of clay and accommodates the far more relaxed, easygoing Merlot that is better able to grow in a variety of conditions.

Ever heard the names or seen labels carrying Médoc, Margaux or Graves? They’re Left Bank and in good years, likely to have more Cabernet Sauvignon. Similarly, ever come across Saint-Emilion or Pomerol? They’re situated on the Right Bank and almost certainly have more Merlot.

With the ever-confusing world of French wine labels hopefully that much clearer now, it’s time for something a little lighter ahead of our next course.

🍳 Characters Behind The Stove 🍳

When someone’s book is entitled You’re All Invited, you know they’re the kind of character that epitomises everything that is good about Table Talk. Enter stage right, Margot Henderson - founder of Rochelle Canteen, serious catering outfit Arnold & Henderson and someone “with a CV that pretty much tells the story of all that was hip and delicious in 90s London.” 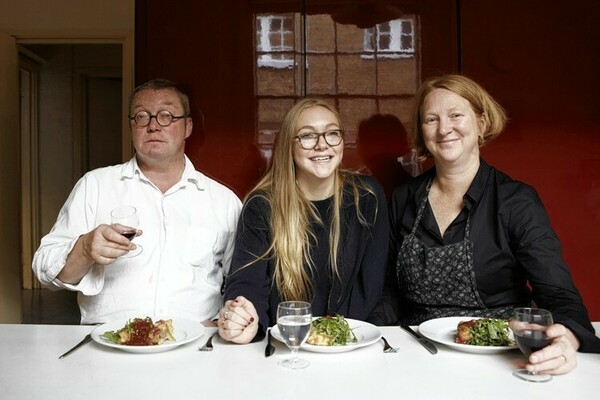 It's a family affair

For those not familiar with Henderson, we first came across her back in #14 when talking about the infamous Sunday lunches at London’s first ever gastropub, The Eagle. It was at this time, whilst working there as a chef, that she first met her now husband, St. John co-creator, Fergus Henderson, and the tale of one of London’s most storied food couples begins. And if that’s where it begins, who knows where it will end with all three of the couple’s children now forging their own paths in various London restaurants.

Described as “warm, funny, clever, enthusiastic and slightly eccentric… But also…highly competitive and quite tough,” we’ll take our hat off to anyone who can plonk a restaurant with no licence outside a former Shoreditch school and turn it into one of the capital’s most understated, but delightfully charming and delicious spots. Long may Margot Henderson’s reign continue.

It’s been all hands on deck working towards our official launch, pencilled in for 6 July. What exactly does that mean? Whilst we’re still debating the merits of a ribbon-cutting ceremony, expect to find our website live, our wines freely available and stocked at some of our favourite restaurants and bottle shop partners, more details on which to follow.