Five minutes, about the time it takes to fry a rasher of bacon.

Today, we’re going on a journey. From northern Italy down to the western fringes of Mallorca, we’re slathering on the factor 50 and taking in summer sunshine, sea air and spritzes. That, and we’re sharing the chance to get your hands on the first ever bottles of Wednesday’s Domaine to be sold through our brand new website.

Writing what comes next was cathartic in some ways, helping me to see the error of my ways. For many years, I held an irrational grudge towards the drink that forms the centrepiece of this section today. Well, how times have changed and how I’ve now come to appreciate what, for many, has become the taste of summer - an Aperol Spritz.

Having just spent a few days in Italy and encountered a quasi-primal urge to order an Aperol Spritz whenever first sitting down in a bar / restaurant / souvenir shop, I became intrigued as to how this cornerstone of Italian culture, came to dominate British pubs and restaurants, in a way that perhaps Pimm’s once did, across the warm summer months.

The Barbieris were an enterprising bunch - when Luigi and Silvio took over the Padua-based liquor company started by their father in 1912, they were keen to put their stamp on the business. Kicking off seven years of trial, error and experimentation, they finally released a bitter, brightly-coloured aperitif named Aperol in 1919. 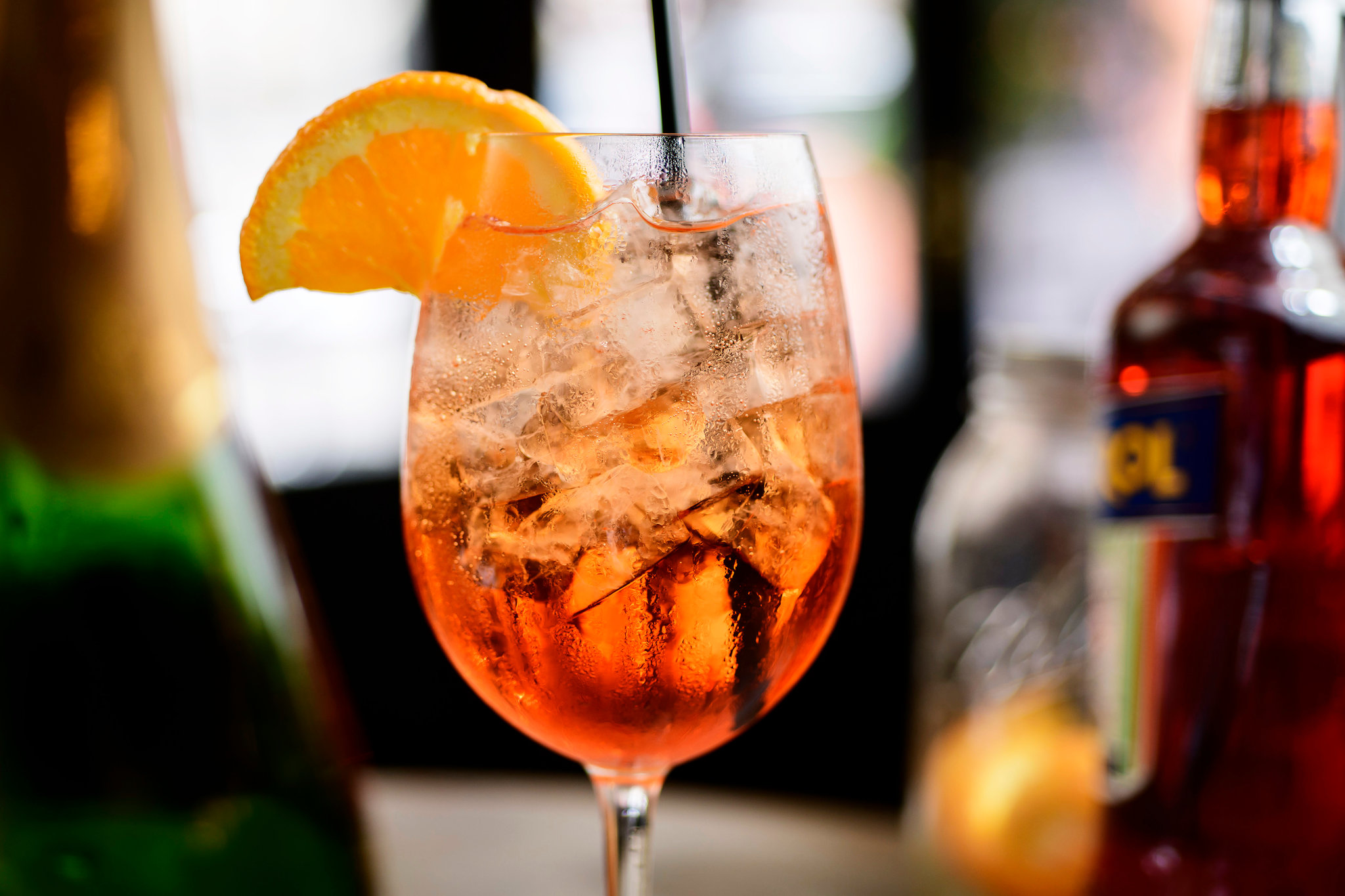 Aperol Spritz - A revelation in a glass

For decades, the drink was consumed as it had been intended to be - at lunch or before dinner - but it was in the 1950s that Aperol’s trajectory shifted. Following an advertising campaign marketing the drink as a “spritz” - a hangover from the Austro-Hungarian occupation of northern Italy when soldiers “spritzed” what they found to be overly strong Italian wine - the combination of the aperitif, prosecco and soda (sparkling) water exploded in popularity.

Subsequent advertising campaigns lodged the phrase “Aaaaaah Aperol” in consumers’ minds and in the early 2000s, bitter rival, Campari, had had enough and acquired Aperol. Serious marketing dollars followed, growing awareness of this techni-coloured beauty of a beverage to previously unscaled heights, and in 2019, the drink celebrated its centenary year - proof that a little family rivalry can indeed be good for business.

🍝 Your Favourite Reataurant You've Never Been To... 🍝

If Aperol Spritz has become one of the signifiers of summer, what does laying eyes on one conjure up in your mind? Whilst us grumpy Brits may associate summer with taking cover from the rain, overcooked sausages (#26) and being attacked by seagulls, those of a sunnier disposition may imagine long lunches, crystal clear waters and mountains of fresh seafood. If you’re in the second camp, I’ve got a feeling Ca’s Patro March could be for you.

Mallorca may be blessed with reams of unassuming but brilliant chiringuitos, but Ca’s Patro March holds a special place in my heart. Ask anyone about their favourite restaurant and they’ll obviously tell you about the food, but they’ll almost always also tell you about the vibe, how it made them feel and why they return time and time again. Some restaurants are designed with intimacy in mind - small tables huddled together, candlelit corners and hushed tones - whilst others are built to be enjoyed en masse, quietly urging you to bring your friends, to forget your watch and to lose track of time entirely. From what I can gather, Ca’s Patro March is very much the latter. 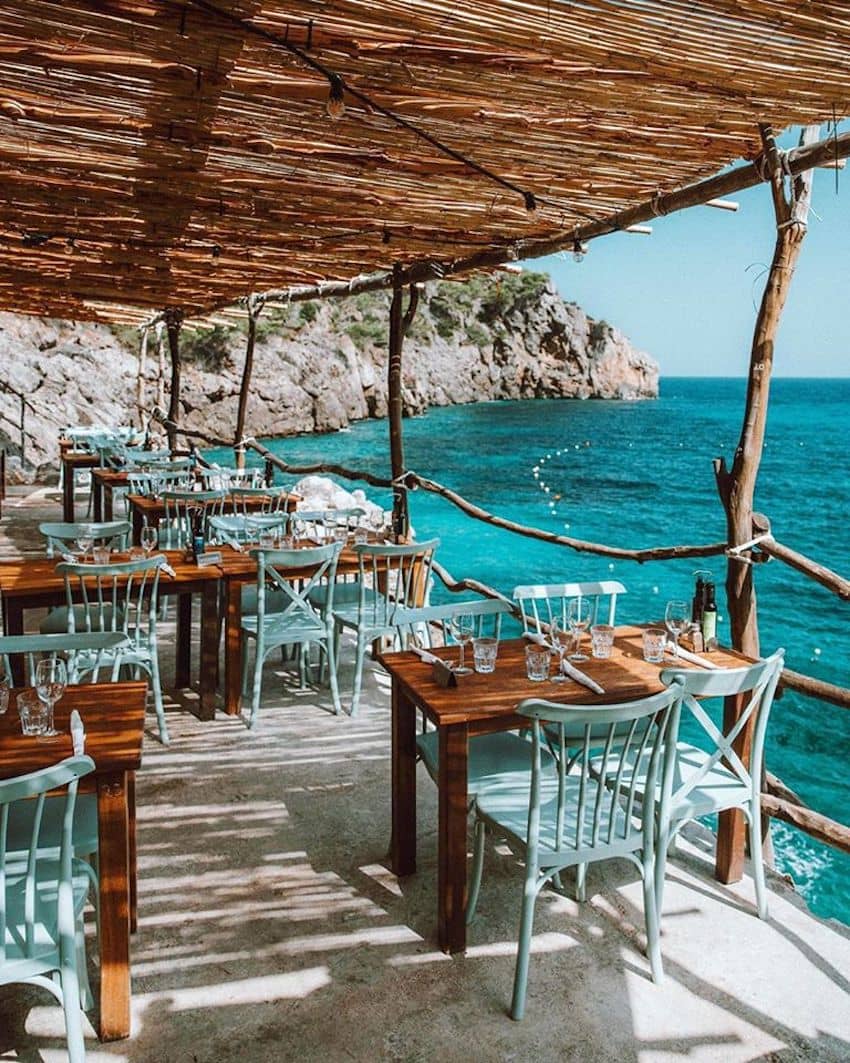 Situated on a cliff edge on the island’s west coast, this Deià institution champions fresh fish and oozes louche, long lunches through its every fibre. Its inaccessibility only adds to its appeal in some respects, urging you to clear your schedule and lean into its salty, sun-kissed embrace. If you’re still not convinced, perhaps John Le Carré’s villainous Richard Roper might be able to convince you…

It’s a joy to say that last week’s bottling run went to plan and we now have a warehouse full of Wednesday’s Domaine. In one corner, we have our deliciously refreshing Piquant and in the other, it’s Sanguine, our subtly tannic red.

We officially go live next Wednesday, so this is a chance to beat the crowds and to say “I was there” when we look back on this in years to come.