Five minutes, about the time it takes to mix a salad dressing.

One of the myriad issues with making any kind of claim is that you have to back it up. Thankfully, the clocks did go forward and the first bottles of Wednesday’s Domaine were produced and sold at the backend of last week.

Whilst not representing a launch per se, having the opportunity to speak to prospective customers, have them sample the wines and gather feedback in person was worth its weight in gold. The first bottle went to a lovely character called Charlie, who happened to wander in off the street minutes after I had arrived at Club Soda - he was looking for something for his wife, pregnant with their first child, who was a fan of Chablis and Viogniers and had grown sick of the seemingly limited alcohol free options available to her as an expectant mother. 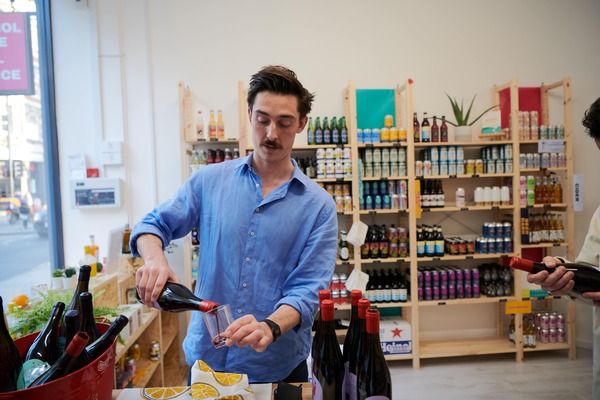 I had ironed my shirt, I promise...

From there, it was non-stop for almost four hours so thank you to everyone who stopped by, shared their thoughts, bought a bottle (or four!) and ensured that it was a successful first outing. You’ll find photos on Instagram in the coming weeks as well as news of our launch as we ramp up production, set our website live and get our wines into your hands and onto your tables.

Now, let’s get back to the far more important business of talking all things food and drink…

Debuting back in #20, here we seek to explore and uncover those culinary gems lurking in plain sight around the capital. As people return to offices and the unconscious routine of grabbing a lunchtime sandwich, consider this a call to action, a push to seek out the incredible and truly international array of options that populate London’s streets.

In years gone by, there was only one thing that let Gozleme Works down and that was that it only took cash. Fair enough you think, but a real gut punch when you’ve set your sights and your stomach on their mountainous heaps of pillowy flatbreads only to have to walk 15 minutes in the other direction to locate an ATM. Well that’s all changed with the arrival of a card machine, cementing their standing as a true great of the London street food scene. 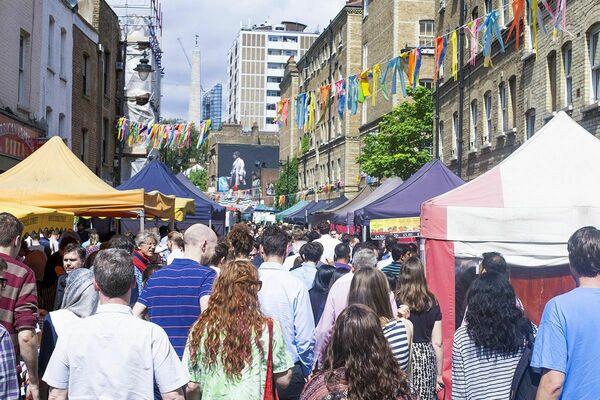 A bustling Whitecross Market in summertime

Gozleme Works takes its name from the food it champions, gozelme being a savoury Turkish turnover. That last word is important, with turnovers coming to life through a process that involves a filling being placed on a piece of dough, more dough placed on top and folded over it, before baking the contents. Thankfully, the small team parked on stools and sat next to a series of hotplates at this Whitecross Market stall need no such instruction, having mastered their craft over the past decade, producing a superb array of vegetarian and carnivorous options, none of which are priced at more than £8.

I can get a decent sandwich for less than half of that you’re probably thinking… True, but that sandwich doesn’t weigh close to a kilo, wasn’t prepared with years of love and dedication and almost certainly can’t be taken into or enjoyed outside the pub opposite, The Two Brewers, where those carrying food from the market are warmly welcomed. What’s more, you don’t even have to worry about getting cash out these days, so there really is no excuse…

It’s been a while since we dusted this section off, championing the tracks that serve to add a little spice to your evenings. Today sees us turn our attention to Africa Negra, an outfit from São Tomé and Príncipe who have been playing together for over 45 years and have re-released some of their music on streaming services in the last few years, with most records of their work existing as vinyls, CDs or cassettes. 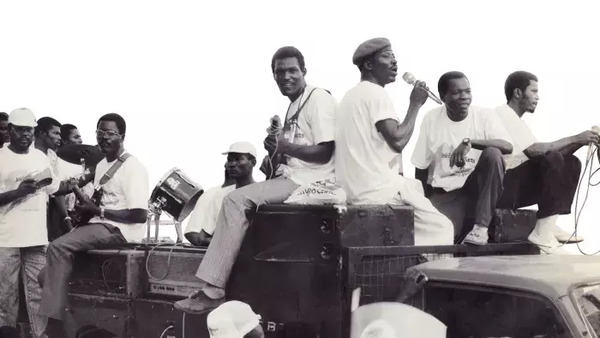 Check out Aninha to see what all the fuss is about, before rummaging through their back catalogue to enjoy various other beauties that pair perfectly with an evening filled with food, friends and family.