Five minutes, about the time it takes to set the table.

If last week centred around the joys of stuffing yourself silly with fabulous street food, we’re changing tact today with a focus on stuffing yourself silly with delightfully simple pasta. From there, we move across the Atlantic, from Europe to the US, as we celebrate someone who has consistently explored, elevated and exploded the concept of a great meal over and over again for 35 years now.

In an age when misinformation is both rife and problematic, not quite knowing the answer to something in a lighter and less impactful sense can actually spawn all manner of fantastic and meandering conversations. Take the origins of spaghetti carbonara for example, that household staple so often cooked yet so rarely mastered.

Whilst there appears to be a number of competing origin stories that surround the dish, no one seems to mind too much as to which is true (unlike that of fish and chips in Britain harking back to #11). Some quarters suggest that the answer lies in the name, with carbonaro meaning ‘coal burner’ in Italian, a signifier that this was a dish popularised in the 18 and 1900s by charcoal workers who were looking for a tasty yet easy-to-rustle-up dish whilst working long and arduous shifts. Others assign responsibility to American GIs and their liberation of Rome in 1944, during which they carried rations of powdered egg and bacon, which were promptly mixed with other more readily available staples (cheese and spaghetti). 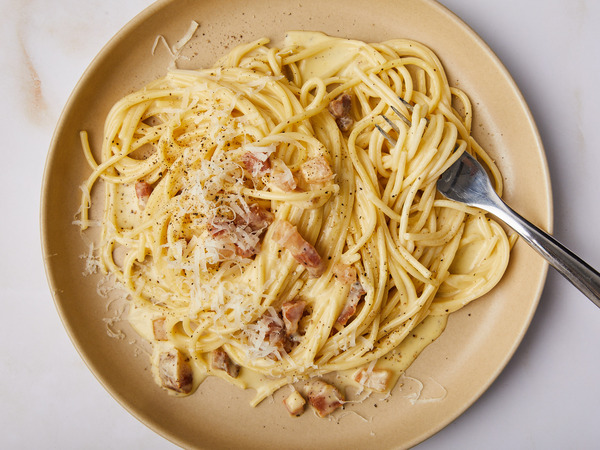 Pure and simple, free of any contentious additions....

Whilst our investigations to date suggest that it’s rare for the beginnings of such an important national dish to remain ambivalently uncontested, this may well be down to the fact that everyone has diverted their energies towards pillorying a 2016 attempt by a French publication to reinvent the dish as a one pot recipe perfectly formulated to negate the close confines of notoriously small Parisian kitchens. Dubbed “The Carbonara Wars”, the episode centred around a video that was viewed by over a million Italians and has since been taken down, with one pithy comment in particular serving to sum up the Italian take on the whole episode, “Forgive them, for they know not what they do.”

So what does all this mean for you and I? I personally think the beauty of carbonara lies in its simplicity and its versatility and will be taking my cues from an executive at Italian food giant, Barilla, who, perhaps unsurprisingly, said “Carbonara is a traditional recipe, but we should remain open to interpretations that allow us to tell a global story of diversity… A vegetarian person could have fun experimenting with a roasted artichoke instead of bacon, while a seafood enthusiast may opt for sautéed shrimp. A meat lover might even try to pair it with leftover barbecue.” Buon appetito.

🍸 Characters Behind The Stove 🍸

In a horrible startup cliché of a conversation, someone asked me recently who I admired as a founder or business leader. No immediate response was forthcoming, but when I stopped to think about it, an answer arrived in my mind - Danny Meyer. 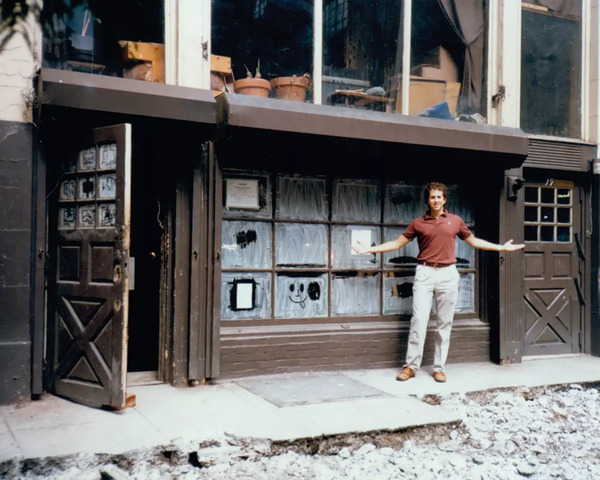 Where it all began for Danny Meyer

The legendary American restaurateur and author of the brilliant book, Setting The Table, appears to have dedicated himself to a complete immersion in hospitality and what it takes to create great and wholly delightful experiences for his customers. Twin that with the fact that he has set up and presided over everything from restaurants holding multiple Michelin stars (Eleven Madison Park and The Modern) through to founding and floating Shake Shack and you begin to get a sense that he’s somewhat of a rare beast.

His love of food having been formed on childhood trips to Europe when accompanying his father on business, he launched his first restaurant at 27, Union Square Cafe, in a then rundown and unfashionable area of New York. An unrelenting focus on the customer and their time spent within his restaurants became the basis of his philosophy - Enlightened Hospitality - leading him to pre-emptively ban smoking in his restaurants in 1991, eleven years before this was mandated by New York City, and to write and print a bi-annual newsletter which was posted to patrons, something which feels wonderfully old school in today’s email-heavy world.

When thinking about our own favourite restaurants, the last line of his book acutely summarises what makes great restaurants and why people return to them - “This is the place that most makes me feel like I’ve come home” - something we’ve all no doubt felt in those places we go back to time and time again.

Thank you for reading, until next week.