Five minutes, about the time it takes to grill a tomato.

There’s nothing like a Bank Holiday weekend to make you feel like you’re woefully behind on absolutely everything and that you’ll never possibly catch up. Perhaps, but it also means that it feels like you have to wait one day less for the latest edition of Table Talk. So without further ado, let’s jump right in.

Picture the scene - dinner has finished, the wine is flowing and charades or some bastardised version of it is revving up. As a dedicated Table Talk devotee, all answers must be food or drink-related and you’re doing your utmost to describe a dark, sticky spread. One word, two syllables. You’re spreading it, you’re drinking it, you’re loving it and you’re hating it. Everyone’s shouting “Marmite! Marmite!” again and again and then, before you know it, it’s over, you’ve run out of time. Exasperated, you regather your emotions, take a seat and explain to the table that you were describing none other than Bovril.

If previous Store Cupboard Staples have one thing in common, it’s their sheer versatility. When it comes down to what separates the greats from the might-have-beens in the dark and dusty confines of your kitchen cupboards, being able to make use of them in a variety of different ways is absolutely paramount (eg. anchovies in #5). Plenty would disagree with that - your average family probably churns through kilos of peanut butter and jam in any given year - but when you stop to think about it, their uses are limitless (eg. peanut butter into noodles; chilli jam alongside mayonnaise). 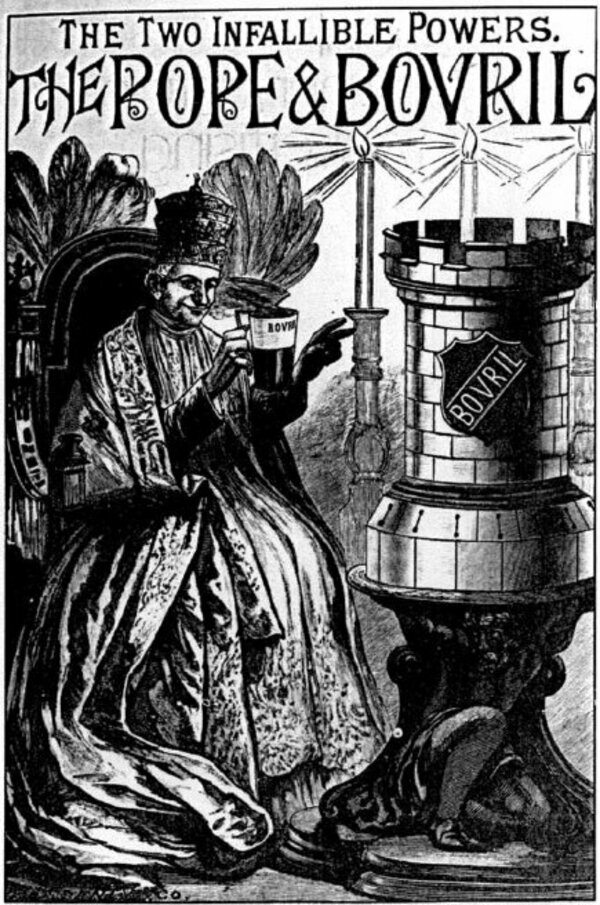 So all this begs the question, how has Bovril earned its place on this esteemed list? Created by a Scotsman at the behest of the French military in the early 1870s, it has a storied history that includes cattle ranches in Argentina and production facilities in Canada, before settling into more mundane proceedings in the UK by the middle of the 20th Century.

Looking back at old adverts, it seems that the variety of ways in which it was used, and thus marketed (or maybe vice versa), underpin its popularity. Whether enjoyed by football fans keeping warm on the terraces, recommended by doctors to malnourished children or consumed by soldiers out in the field, it seems that its presence has been ubiquitous across British life for over one hundred years. As for me, I think you can’t beat it slathered across hot, buttered toast, or as a way to add a little oomph into stews, chillis or bolognese. So come on, tell me, how do you enjoy it or do you just think I’ve lost the plot entirely?

One thing we always return to here at Wednesday’s Domaine is inclusivity, that much used sometimes ill-defined buzzword. Well in this context, we mean inclusivity of experience and of understanding. Whether you’re choosing to drink or not to drink, whether you know about wine or don’t have a scooby, neither should matter, it’s all about putting everyone around the table at ease and on an equal footing. 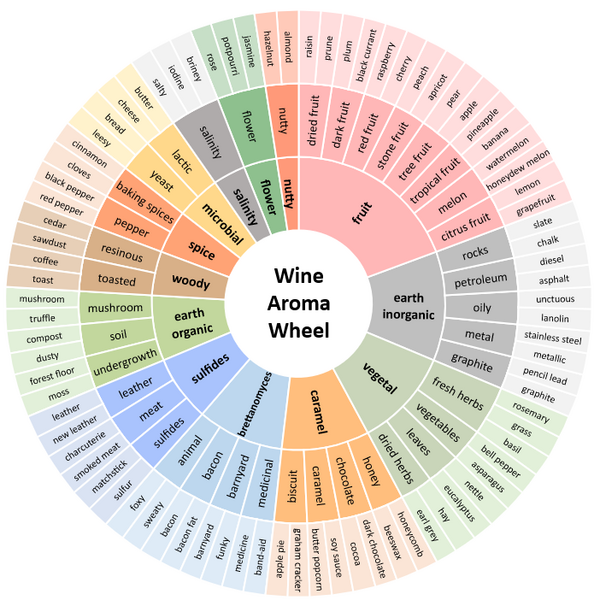 It’s for that reason that we open up our textbooks and return to one of our most popular pieces, translating a few well worn wine phrases that we first touched upon back in #14. If that was all about Crus, Cuvées and Cépage, we’ve got a few more for you today.

Appellation - a legally-defined area that signifies where grapes have been grown, eg. Areas d’Origine Contrôlée (AOC) in France.

Chaptalisation - the adding of extra sugar to unfermented grape juice with a view to boosting the alcohol levels (with yeast consuming the sugars, producing alcohol and CO2).

Garrigue - a personal favourite, this is used to describe the fragrance of earth, herbs and other scents typical at Provençal markets.

Having teased you all with the first shots of the wines in back in #23, we’ve been working hard putting the finishing touches to the website, ironing out the inescapable array of supply chain hiccups and getting feedback on the wines themselves. 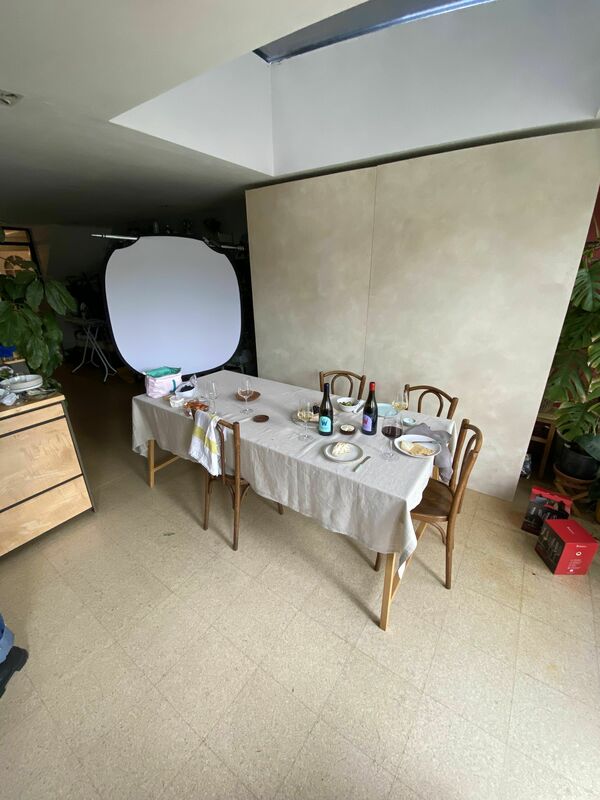 Behind the scenes with Kuba & Friends at last week's shoot

Everything is moving very much in the right direction and we can’t wait to share more with you soon, including where and when you can get your hands on your very own bottles of Wednesday’s Domaine, as well as a few extra treats to be announced very soon.

Please do keep the feedback coming, see you next week.