Five minutes, about the time it takes to come up with these ideas every week.

Today, we’re going on a journey. One that begins in the snow-blanketed plains of Ontario and ends in my kitchen in South London. Along the way, we’ll champion both the unusual and the universal, uniting them under the umbrella of Table Talk and the joy of the meandering conversations that characterise any good sit-down.

“Ice wine?!” I hear you ask, “What the hell is that?!” Great question and one that we’re going to explore today. Back in #29, we covered fermentation and its role in wine making. Mixing things up a little today, we’re going to understand what happens if you leave the grapes on the vine through winter before picking and processing whilst frozen.

Ice wine if you’re Canadian, or Eiswein if hailing from Germany, is a uniquely delicious sweet wine created when the grapes are picked far later than normal. If the regular European harvest takes place late August - October, ice wine is harvested between December and February and this process is often done during the early hours of the morning when temperatures are at their lowest or “absolutely baltic”. 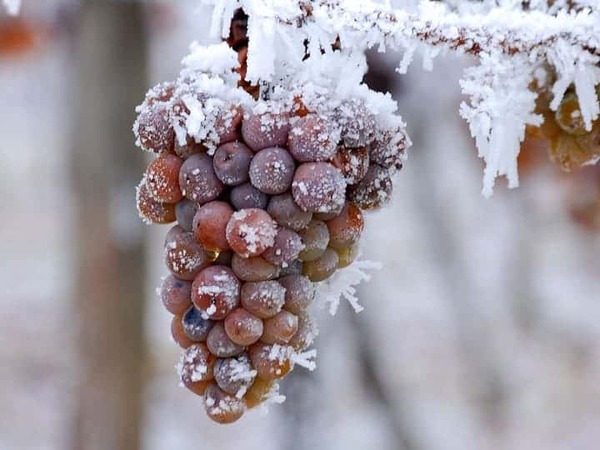 Plump grapes left in the frost

Leaving the grapes (often Riesling in Germany; Vidal in Canada) on the vine into the winter months often results in them freezing when temperatures plummet. If you allow this to happen and then pick and crush the grapes whilst frozen, the juice that comes out is extremely concentrated, owing to the fact that the sugars and acids within have a lower freezing point that water, which often remains as ice and doesn’t make it into the wine in the same volumes that it would ordinarily.

Now in order to do this successfully, you need to be in a country where the winters get cold enough, which is why you find Canada and Germany leading the pack, with winters elsewhere (eg. Spain, Australia) not being anywhere near as harsh.

Twinning the concentrated juices with a longer fermentation process completed at lower temperatures results in a deliciously sweet, yet mouth-wateringly acidic wine and one that pairs perfectly with pudding. As you might expect, the results aren’t cheap (you’ve got to get your team out in the middle of the night after all), but if that has piqued your interest, check out some options here.

The mystery of a “muselet” and why it always needs six turns.
Resy celebrates The Women of Food.
Is pasta the world’s most popular food?

When it comes to exploring the darkest depths of your store cupboard, we’ve covered some serious ground. From fried onions (#3) to Tabasco (#1), via anchovies (#5) and tahini (#9), this is all about celebrating those items that can transform the trajectory of any dish in a flash.

Today’s shout out is no different - Dunn’s River All Purpose Seasoning is a workhorse of a product. A potent combination of salt, celery, mustard, pepper, coriander, onions and chilis, its uses are almost unlimited. 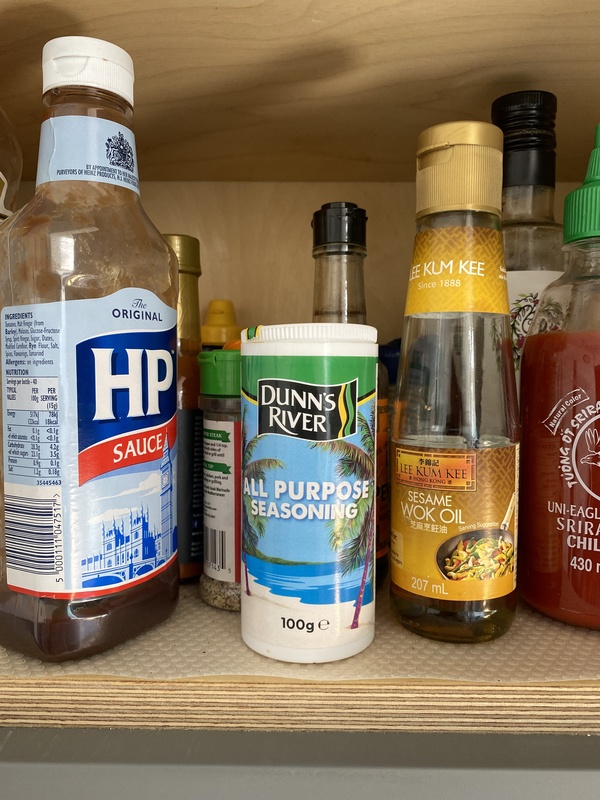 Invaluable in any store cupboard

For me, it’s often included in chillis, soups or stews alongside customary grinds of salt and pepper, but given that summer has arrived and the mercury is rising, it’s equally at home when marinating meat or vegetables to go onto a BBQ. Looking to jazz up some asparagus this summer? Trying to unlock that next level of flavour when grilling mushrooms or tomatoes? Well my friends, you’ve come to the right place - All Purpose Seasoning has your back, whatever the weather.

We know taste and flavour is paramount, but there’s also a subtle joy to opening the cupboard and being met by a small, cylindrical tub of Dunn’s River. Its colourful branding, its earthy appearance and its subtle yet potent aromas all point to something special, serving up a little joy whenever I’m rooting around, trying to find one of paprika, cayenne pepper, Chinese five spice, etc. It’s always looking back at me, as if to say, ‘don’t worry about them, I’ve got you covered, whatever you need’, and that’s why it truly is a beauty of a store cupboard staple.

Coming hot on the heels of last week’s first piece of press coverage, this weekend was another pinch yourself moment for me. Despite not having officially launched (coming early July), Wednesday’s Domaine made its debut at a wedding this past weekend.

It was beautiful to see several guests enjoying the wines and I can’t wait for it to become a staple at celebrations in months to come, so please do get in touch if planning a wedding, birthday, event or otherwise and we’ll make it happen.